ICESat-2 At The USA Science and Engineering Festival 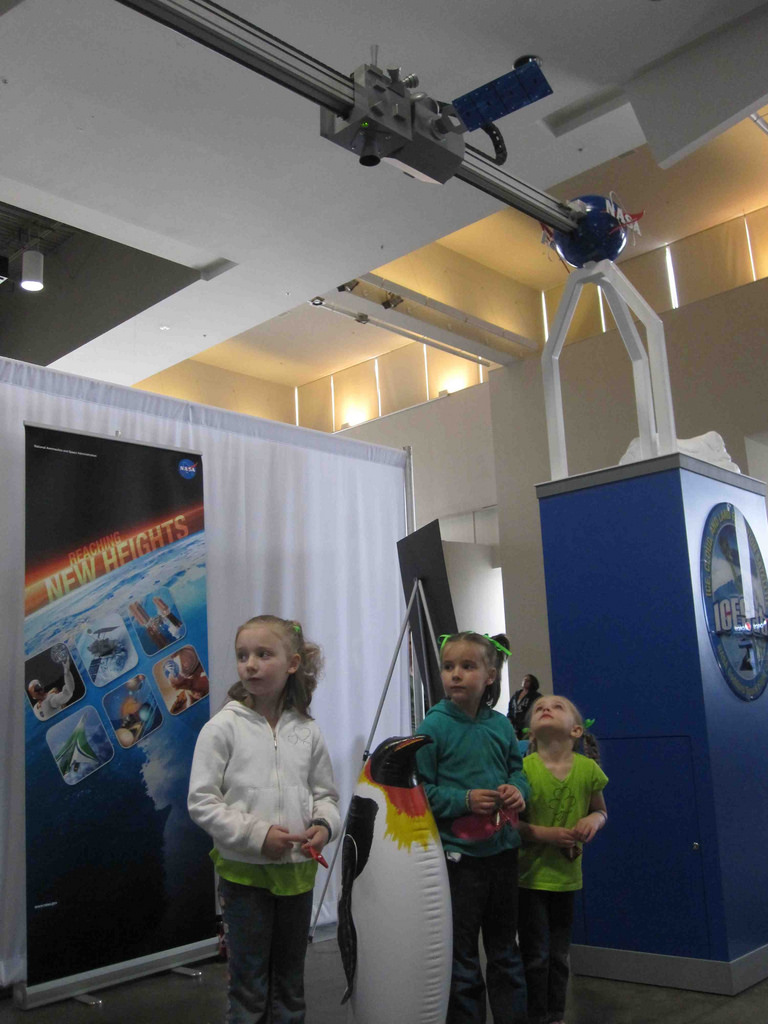 A brand new exhibit of ICEsat-2 made its debut at the 2014 USA Science and Engineering Festival in Washington, DC, on April 24-26. The ICESat-2 Traveling Altimeter Exhibit serves as a demonstrable mock-up of the upcoming satellite mission; a small-scale version of the satellite moving along a track overhead takes “personal elevation profiles” (height measurements) of the participants. Although the actual satellite will use a laser altimeter, the exhibit uses a simple radar instrument, yet will show how ICESat-2 will take measurements from space.

This exhibit was a collaboration between NASA's ICESat-2 Education and Public Outreach team and the Oregon Museum of Science and Industry, who built it. This exhibit will be displayed at large science and education conferences such as the National Science Teachers Association conferences and the Fall Meeting of the American Geophysical Union, and it will take residence in some ICESat-2 science center partner locations and in several NASA centers' buildings. 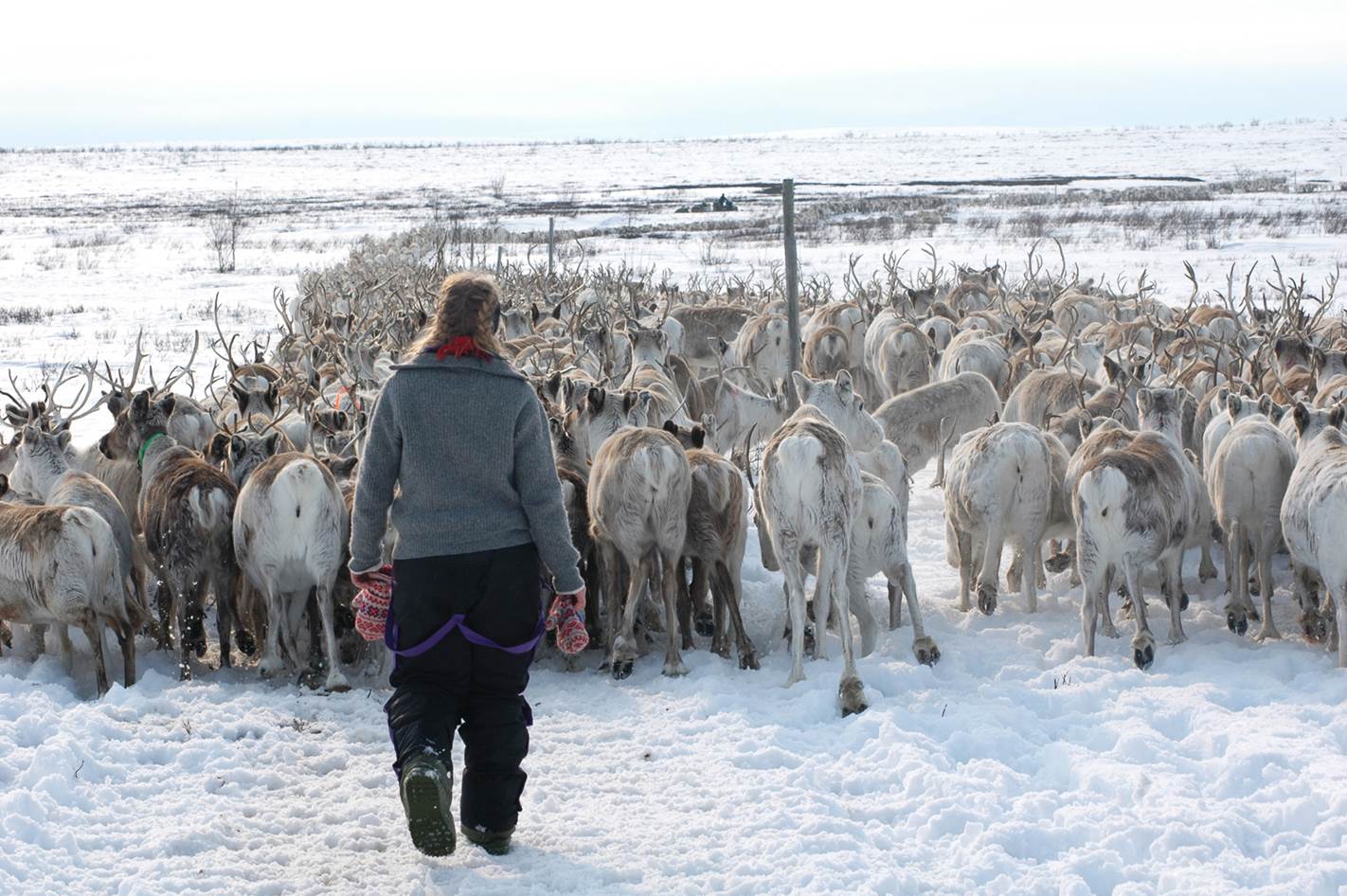 Nancy Maynard, a lead author of the Polar Regions chapter of the International Panel on Climate Change’s latest report and a Scientist Emeritus at the Cryospheric Sciences Laboratory, participated in a special event to highlight the findings of this report on impacts to indigenous peoples of the Arctic. The March 31, 2014 event, held in Kautokeino, Norway, was spear headed by the International Centre for Reindeer Husbandry, the Arctic EALAT Institute, and the Association of World Reindeer Herders.

The warming Arctic and major changes in the cryosphere are significantly impacting the health and well-being of Arctic residents and are projected to increase – especially, for many indigenous peoples,” Maynard said. Climate change has caused snow and weather variations that affect indigenous reindeer herding communities: for example, increasing temperature variations in wintertime accompanied by rain make the snow slushy. When the mix of rain and snow refreezes, it forms ice layers that block the reindeers’ access to their food. At the same time, the hunt for natural resources, and increases in future oil and gas development in the Arctic, are shrinking the grazing lands.

The new IPCC report concludes that there is a need for more robust solutions that combine science and technology with indigenous knowledge.