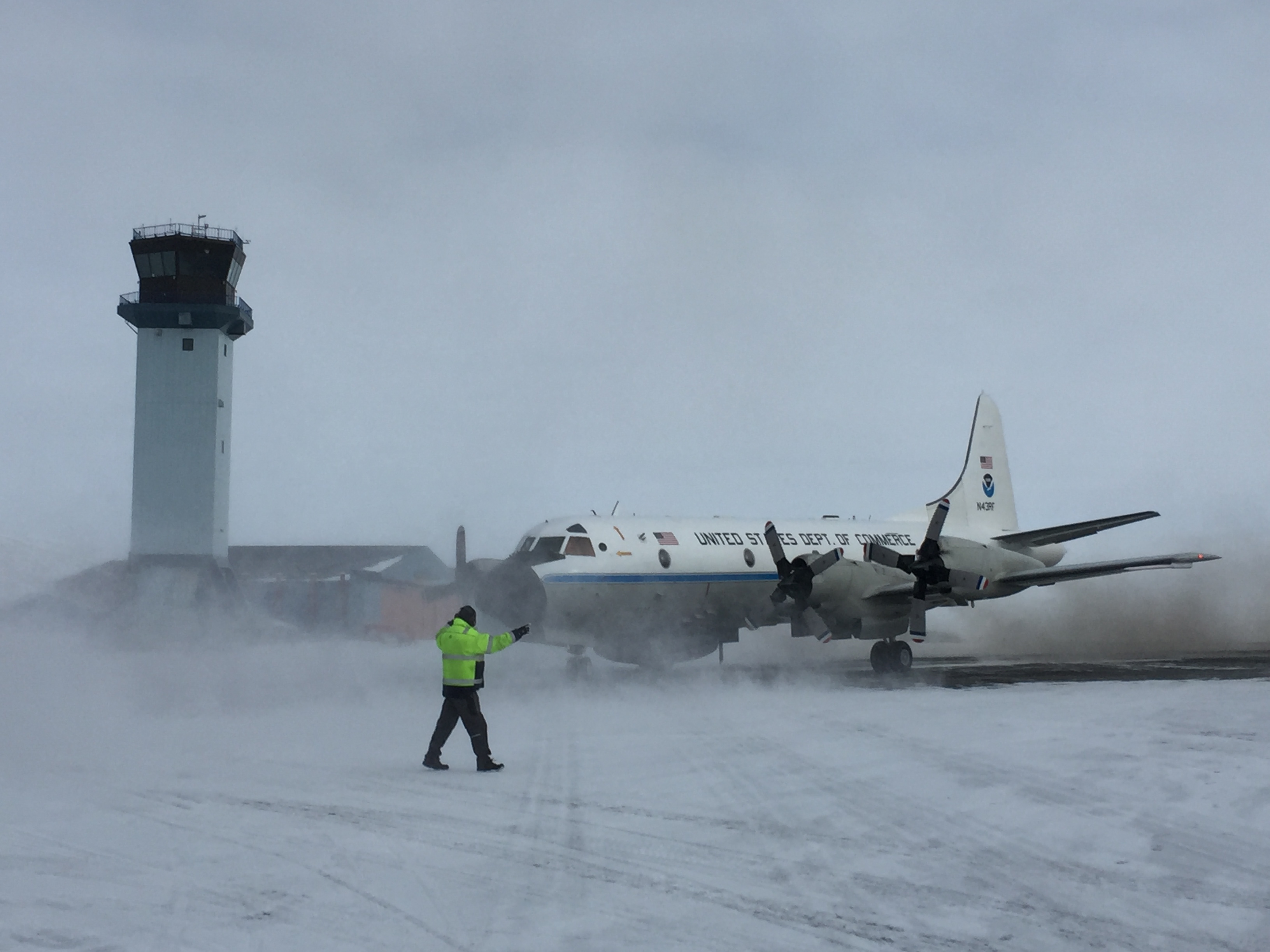 Operation IceBridge, NASA’s airborne survey of polar ice, completed its first Greenland research flight of 2016 on April 19, kicking off its eighth spring Arctic campaign. This year’s science flights over Arctic sea and land ice will continue until May 21. The first leg of the mission will be based out of Thule Air Base in northwest Greenland and out of Fairbanks, Alaska. Ten high-priority sea ice flights and three land flights are planned from these two sites. The second part of the Arctic campaign will be based in Kangerlussuaq, Greenland and will focus on gauging surface elevation changes in land ice. As in previous years, Operation IceBridge will cooperate with several international research initiatives, including projects from from Environment and Climate Change Canada and the European Space Agency.

Measuring Snow in the Canadian Arctic

Ludovic Brucker carried out a snow measurement campaign in Cambridge Bay, Nunavut in collaboration with University of Sherbrooke, Quebec in late March and early April. He measured snow properties in tens of snow pits within the Greiner watershed of the Canadian High Arctic Research Station. The campaign revisited three transects first surveyed last year, and extended the domain with two new transects. This activity is part of Brucker's project on satellite detection of rain on snow events.