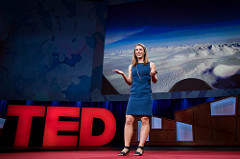 On Apr. 26, glaciologist Kristin Poinar spoke at a session of the popular TED Talks that focused on climate change. Poinar discussed her recent work on a perennial aquifer that lies buried within the Greenland Ice Sheet. Poinar’s numeric models have shown that the water from the aquifer is reaching the bedrock underneath the ice, ultimately draining to the ocean and contributing to sea level rise.

During her talk, Poinar highlighted the role of satellites in advancing polar science: “Aircraft and satellites are revolutionizing glaciology. They’re revealing new, hidden facts about the ice sheet constantly.”

New member of the lab 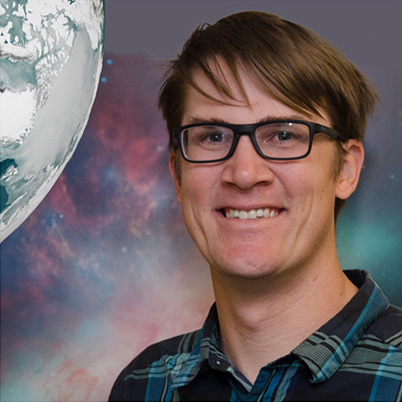 Tyler Sutterley joined the Cryospheric Sciences Laboratory in April as a NASA Postdoctoral Program Fellow. Sutterley comes from the Earth System Science Department at the University of California, Irvine.There, he used a combination of remote sensing observations from NASA's GRACE, ICESat-1 and Operation IceBridge missions and climate model outputs to study modern-day changes of the Greenland and Antarctic ice sheets. During his fellowship at Goddard, he'll use laser altimetry observations from Operation IceBridge, ICESat-1 and the upcoming ICESat-2 mission to investigate elevation changes in the Antarctic Peninsula and in West Antarctica, currently the biggest Antarctic contributors to sea level rise. Using the suite of elevation data, he'll investigate the impacts of ice shelf thinning, degradation and loss on the behavior of the inland glaciers flowing into the shelves.