Opposite Behaviors? Sea Ice At The Poles 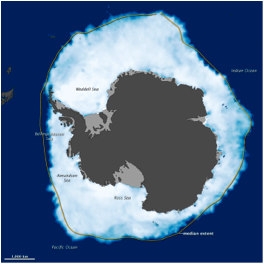 A recently published study by lab scientists Claire Parkinson and Don Cavalieri showed that from 1978 to 2010, the ice blanketing the Southern Ocean surrounding Antarctica grew by an average of roughly 6,600 square miles every year, an area larger than the state of Connecticut. 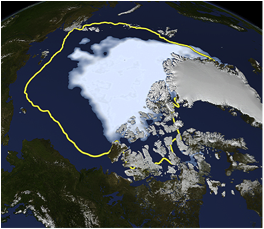 Meanwhile, the frozen cap of the Arctic Ocean broke a new record low on Sept. 16. Analysis of satellite data by Josefino Comiso and the NASA-supported National Snow and Ice Data Center showed that the sea ice extent shrunk to 1.32 million square miles at the end of the summer melt season. The new record minimum measures almost 300,000 square miles less than the previous lowest extent in the satellite record, set in mid-September, 2007, of 1.61 million square miles.

Lora Koenig At The National Library of Congress 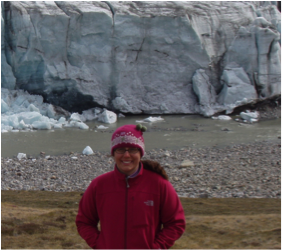 Polar scientist Lora Koenig discussed her fieldwork in Greenland and Antarctica at the Library of Congress on September 12. In front of an audience of 50, she gave insight into what it is like to do research measuring temperatures and snowfall over the polar ice sheets during both the polar night and polar day and discussed the meaning of her research results.