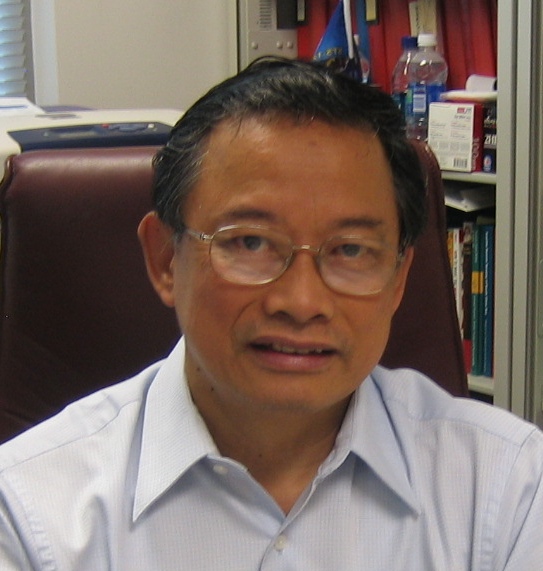 “Joey’s research and scientific leadership has helped to establish Goddard as the world leader for passive microwave remote sensing of sea ice,” said Thorsten Markus, chief of the Cryospheric Sciences Laboratory. “The passive microwave sea ice record that he and his colleagues initiated in the 1970s and continue to generate has become the key data record of the dramatically changing Arctic and Antarctic sea ice covers.”

Comiso said he will continue his research on the Arctic and Antarctic climate system as an Emeritus scientist. He has been working on enhancements and validation of historical surface temperature and sea ice cover data and wants to use the enhanced measurements in conjunction with ancillary data to improve the understanding of unexpected trends in the Antarctic sea ice cover and dramatic reductions of sea ice extents during some recent years in the Arctic region. In addition, Comiso wants to assess the impact of an almost ice-free Arctic Ocean in the summer to the primary productivity of the region and global ocean circulation. 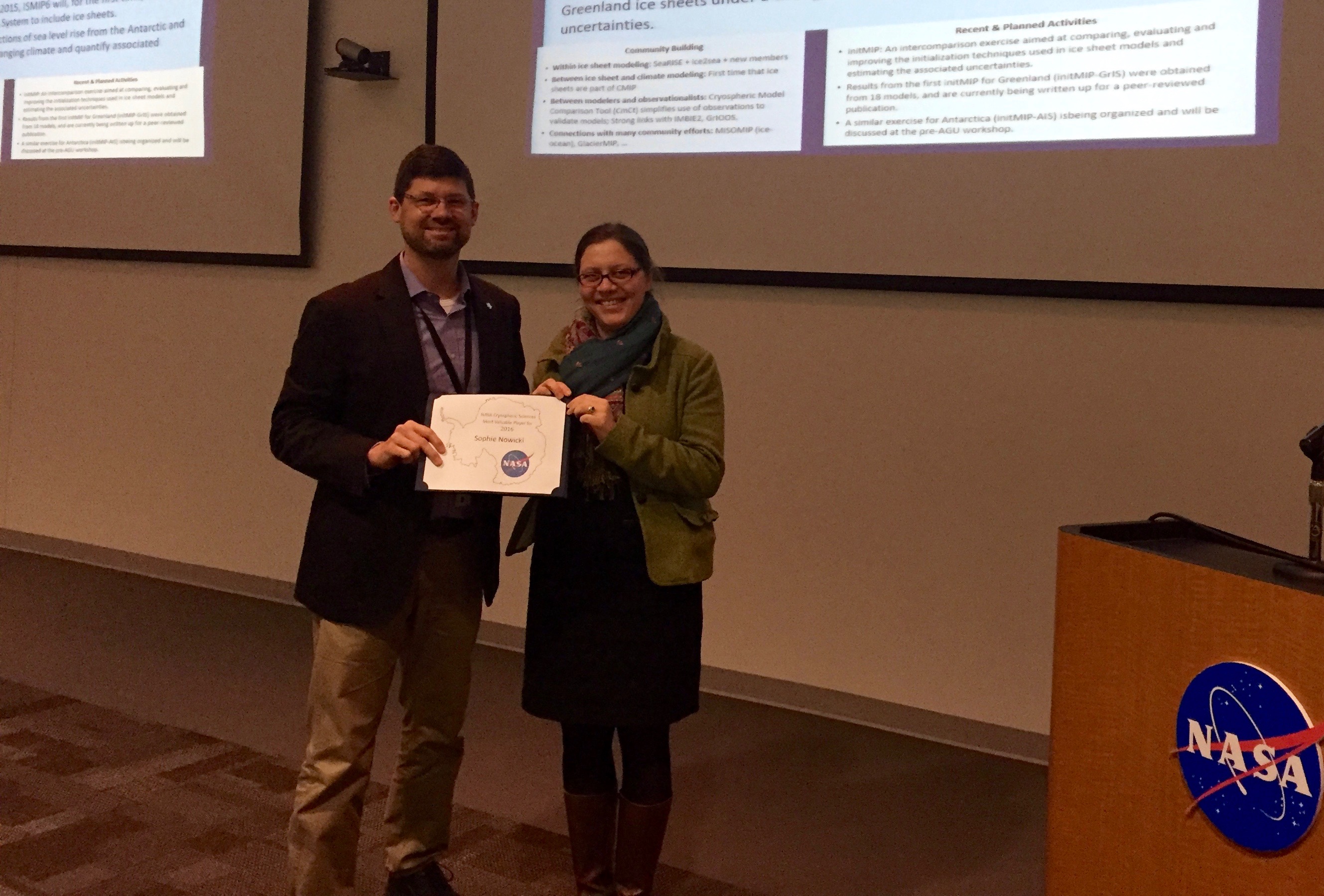 Nowicki, an ice sheet modeler at Goddard, received the NASA Cryospheric Sciences Most Valuable Player Award for 2016 for “selfless and tireless leadership of the ice sheet community in support of improved sea level rise projections, and sustained contributions in connecting the ice sheets to the global system.” 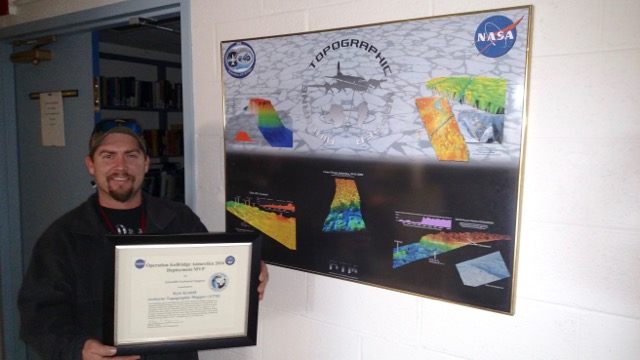 Krabill, an engineer at NASA Wallops, received the Operation IceBridge Antarctica 2016 Most Valuable Player Award. The citation read:  “For outstanding support and dedication to the NASA Operation IceBridge Campaign from September through November 2016. Besides expertly executing your primary tasks, your initiative to obtain daily satellite imagery, from International partners, around the complex topography of the Antarctic Peninsula, allowed the team to make more aggressive ‘go’ decisions than they could have otherwise effectively made. This new information enabled the team to address the highest-priority science targets around the Peninsula with far greater confidence from previous years and was a major reason Operation IceBridge completed all eight baseline-priority flights in 2016.” 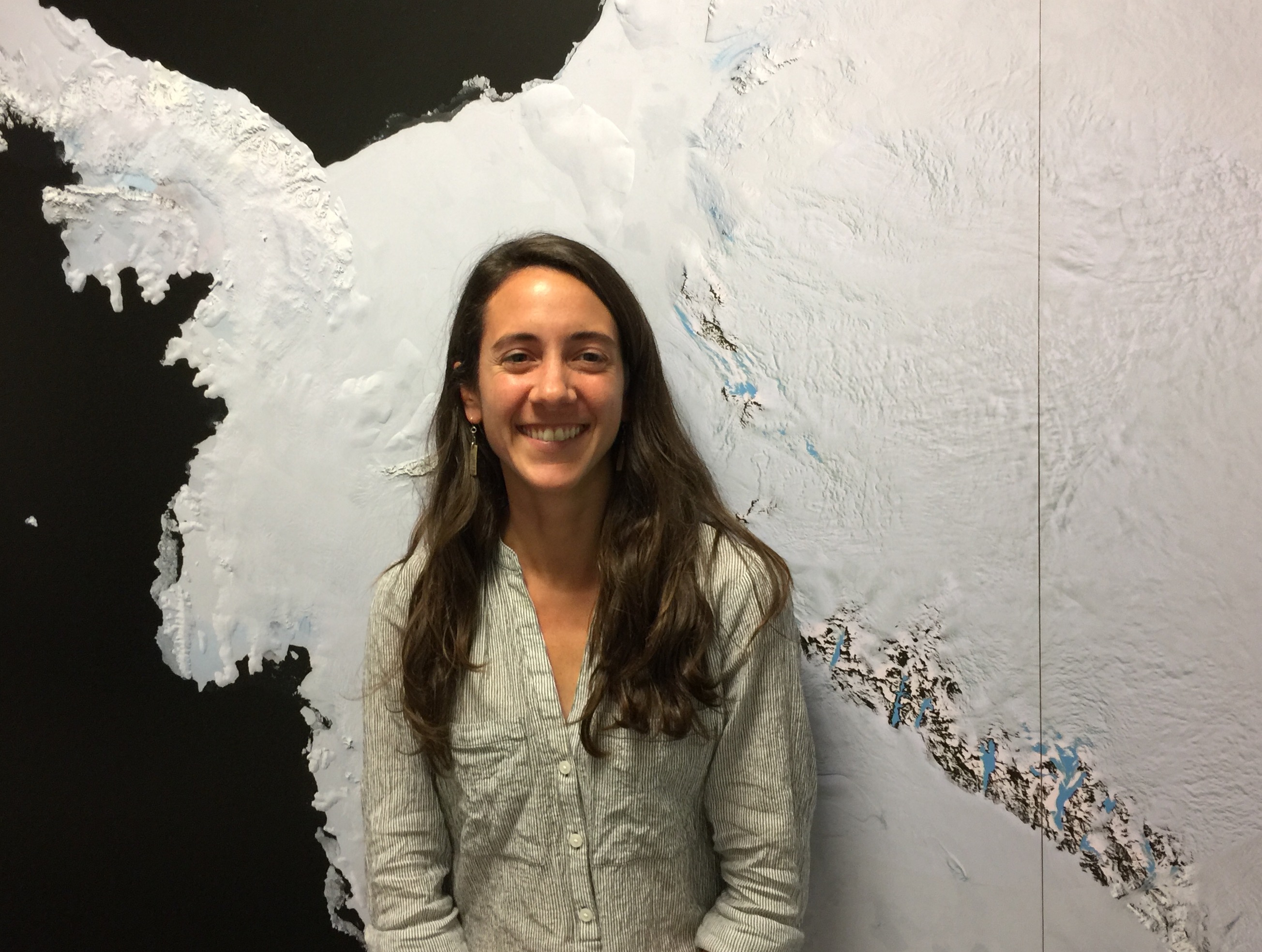 Melinda Webster, who joined the Cryospheric Sciences Laboratory as a NASA Postdoctoral Program Fellow in 2016, became a civil servant on January 9th. As a research physical scientist, Melinda studies Arctic sea ice through the development and application of remote sensing products with in situ data. Her research focuses on the geophysical changes of the Arctic sea ice cover to improve knowledge of the role of sea ice in the global climate system.