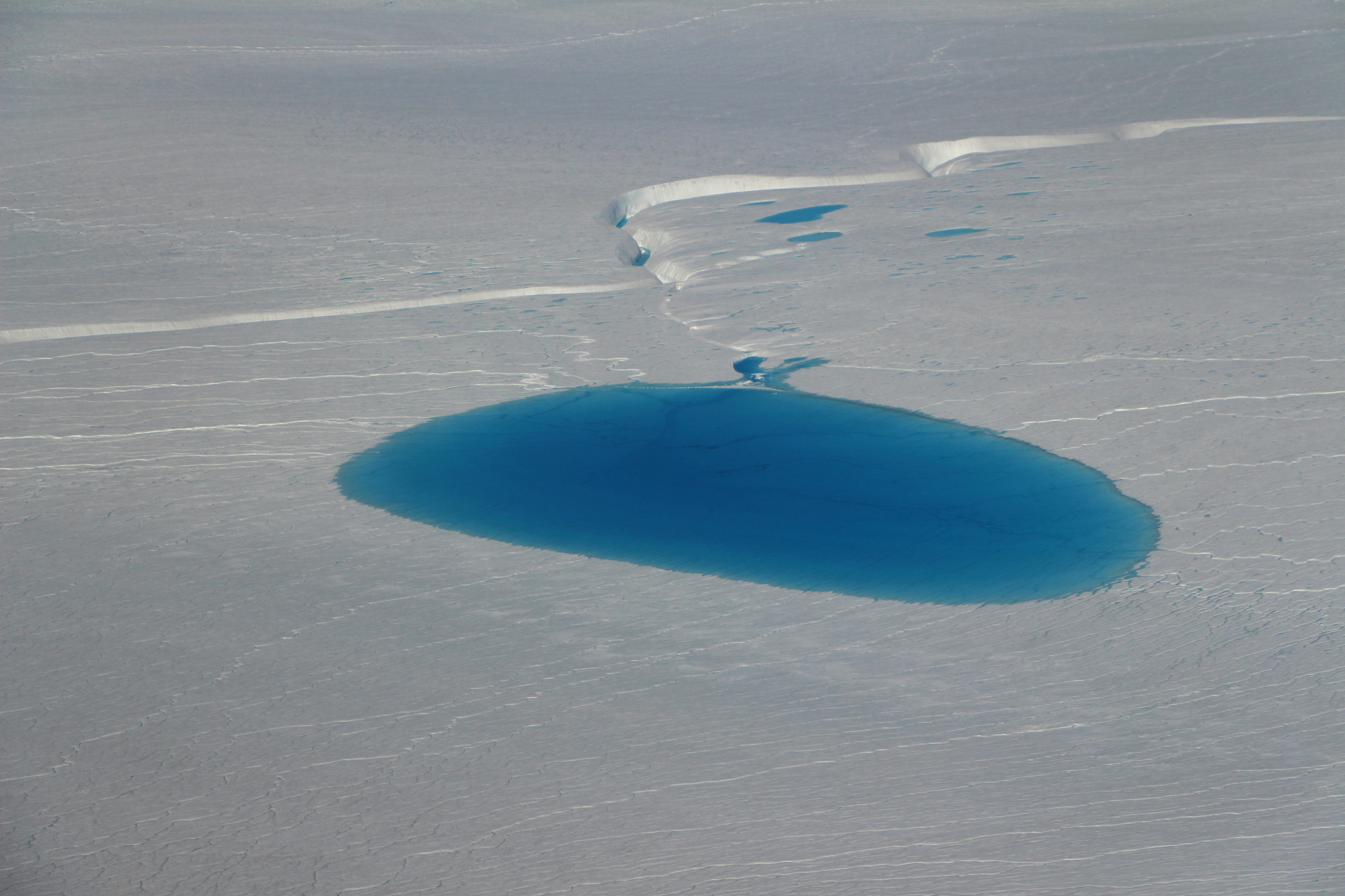 Operation IceBridge launched a short campaign on July 17 from Thule Air Base, in northwest Greenland, to observe the impact of the melt season on the Arctic's oldest and thickest sea ice.

Onboard an HU-25C Guardian Falcon aircraft, the IceBridge team will survey melt ponds and re-fly a set of tracks to locate areas of sea ice that the mission already flew over in March and April, during IceBridge’s regular springtime campaign, to measure how the ice has melted since then.