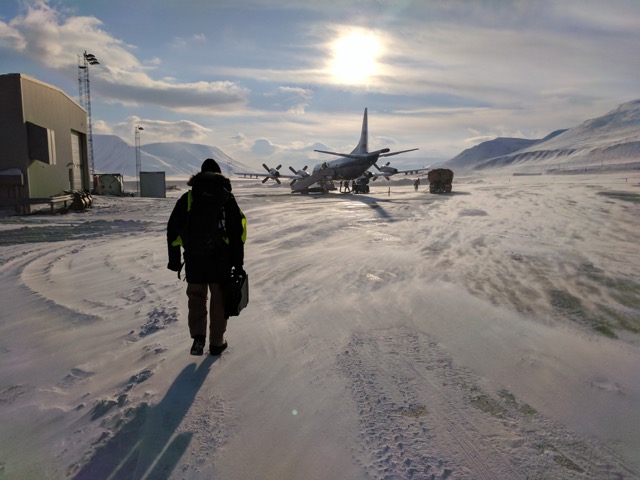 Operation IceBridge completed the first flight of its 2017 Arctic spring campaign on March 9. This year’s campaign, which will continue until May 12, will for the first time in IceBridge’s history explore the Arctic’s Eurasian Basin through two research flights based out of Svalbard, a Norwegian archipelago in the northern Atlantic Ocean.

Traditionally, IceBridge’s Arctic campaigns operate from three bases: Thule Air Base in northwest Greenland, Fairbanks in Alaska, and Kangerlussuaq in southwest Greenland. The addition of Svalbard will allow the mission to collect data on sea ice and snow in a scarcely measured section of the Arctic Ocean and its surrounding seas, along with measurements of a few glaciers in the Svalbard archipelago.