IceBridge on the Big Screen

12.07.10 -- The Office of Public Affairs invites Goddard employees to attend the center's 3rd Annual Film Fest. On Wednesday, Dec. 8, catch the compilation of short videos at 1 p.m. or 1:30 p.m. in the Bldg. 3 Goett Auditorium. Now’s your chance to see how Goddard supports field experiments like Operation IceBridge and Genesis and Rapid Intensification Processes (GRIP). Enjoy amazing imagery about such projects as Firefly, MAVEN, James Webb, and more. Recognize a mission or short video by voting for your favorite. Winning videos will be announced in Dateline and will be featured on the gate signs. Go IceBridge!

Missed it? Click here to see the videos and cast your vote for “best of” in each category. Online voting closes on Wednesday, December 15. 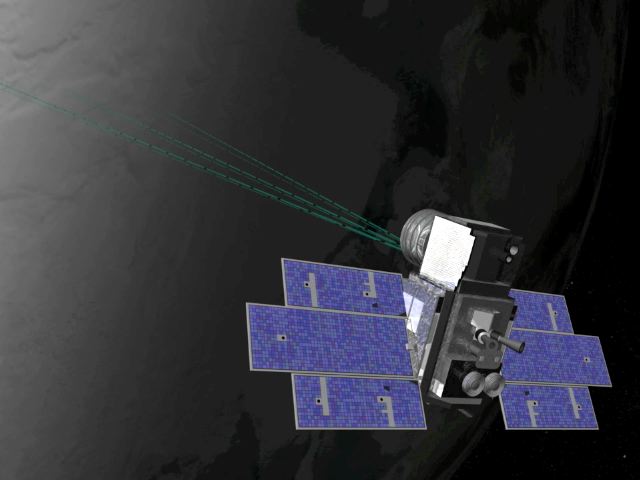 12.01.10 -- On Dec. 1, the ICESat-2 team successfully completed the instrument system requirements review (iSRR). This milestone review marks the passage of the ATLAS instrument (the Advanced Topographic Laser Altimeter System, the laser altimeter that ICESat-2 will use to measure cryospheric change) from the formulation phase into the design phase.

The successful completion of iSRR demonstrates that the team understands the challenging optical, thermal, mechanical, electrical and measurement requirements that ATLAS will have to meet, and allows the instrument team to delve more deeply into instrument design to meet these requirements. The next major review for the team will be the Preliminary Design Review in summer 2011. Congratulations!

12.01.10 -- Operation IceBridge wrapped up its second Antarctic field campaign and departed from the mission's base in Punta Arenas, Chile, on Nov. 22. During the five-week campaign, teams completed 10 airborne science missions and flew 40,098 nautical miles, equivalent to flying almost twice around the Earth at the equator.

Scientists and crew flew three sea ice missions into the Weddell, Bellingshausen and Amundsen Seas early on in the season with excellent sea ice conditions. Two flights this year and one last year completed an arc around 86°S, which covers all ICESat orbits ever flown and will allow scientists to validate and calibrate seven years of the satellite's measurements. Teams flew several missions over the Pine Island, Thwaites, Smith, and Kohler Glaciers and along the Getz Ice Shelf that capture the area's rapid and widespread changes. A low-altitude mission into the northern Peninsula monitored several key glaciers in the area.