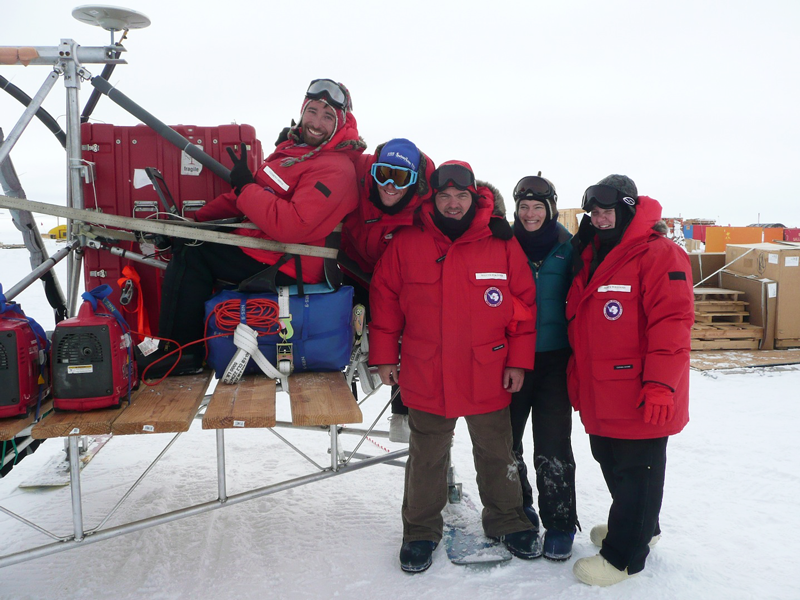 December marked the second year of field work for the Satellite Era Accumulation Traverse (SEAT), a project led by glaciologist Lora Koenig and aimed at collecting new ice cores to extend records of snow accumulation in Western Antarctica. Koenig accompanied her team to McMurdo Station and Byrd Camp in Antarctica, to oversee the logistics of the expedition and check the scientific instruments in the field. The team collected an ice core at Byrd. Five members of the group, including Ludovic Brucker, a research associate at NASA Goddard, embarked on a snowmobile traverse. They covered 500 kilometers and collected eight more ice cores in 18 days, completing their field work on December 28. 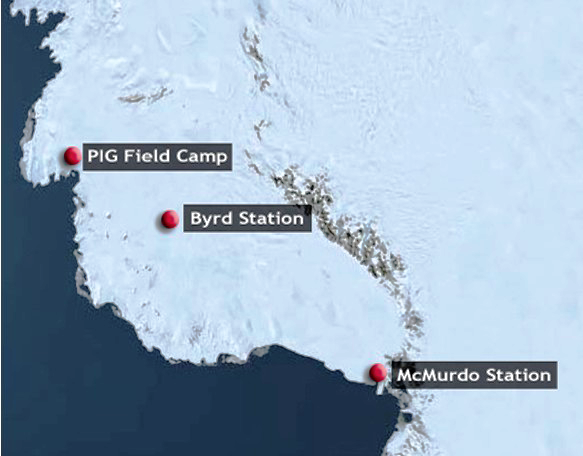 An international team of researchers led by Robert Bindschadler, emeritus glaciologist with the cryospheric lab, headed in November to Antarctica's Pine Island Glacier, one of the fastest-melting spots in the southernmost continent. The group will use a combination of traditional tools and new oceanographic instruments to study how changes in the waters circulating under its ice sheet are causing the glacier to accelerate and drain into the sea.

> Read a feature on the expedition here.

IceBridge: Highlights of the 2011 Antarctic Campaign 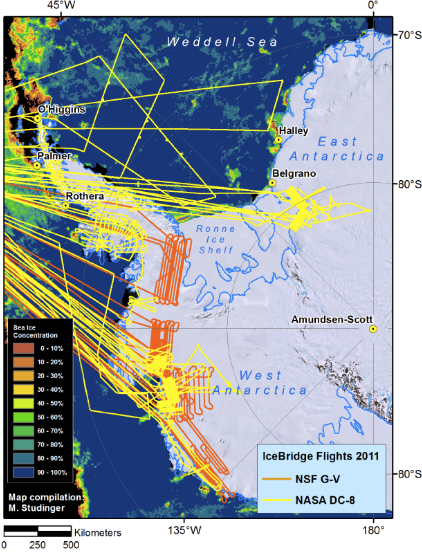 IceBridge's 2011 Antarctic Campaign finished on November 20. The two planes participating in the campaign, NASA's DC-8 and a Gulfstream-V from the National Science Foundation, accomplished 35 science missions and spent 390 hours on the air, flying a total of 268,000 kilometers. The IceBridge team collected 165 hours of data over its target sites.

Women of Goddard book and exhibit 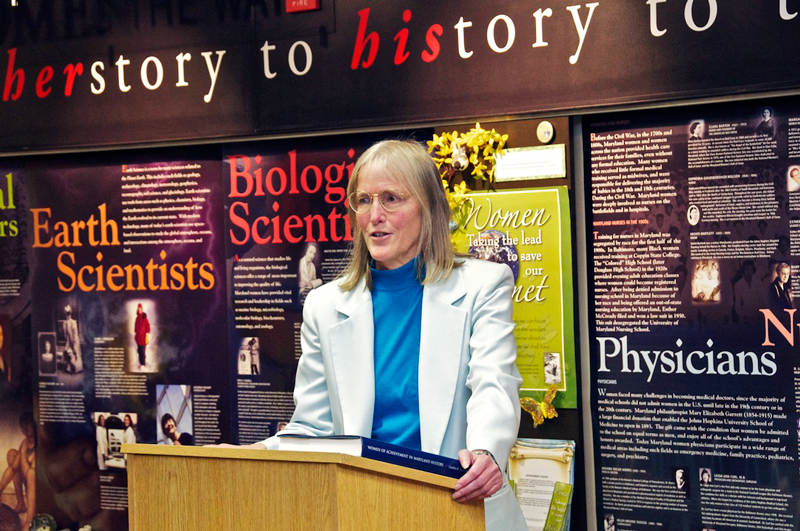 Goddard's climatologist Claire Parkinson co-authored a new book, "Women of Goddard". The book and its accompanying set of six posters were highlighted in November in an exhibit at the Maryland Women's Heritage Center. The book features 103 Goddard women in science, technology, engineering and math careers, including Parkinson herself and two other researchers with the cryospheric sciences lab: Lora Koenig and Nancy Maynard.