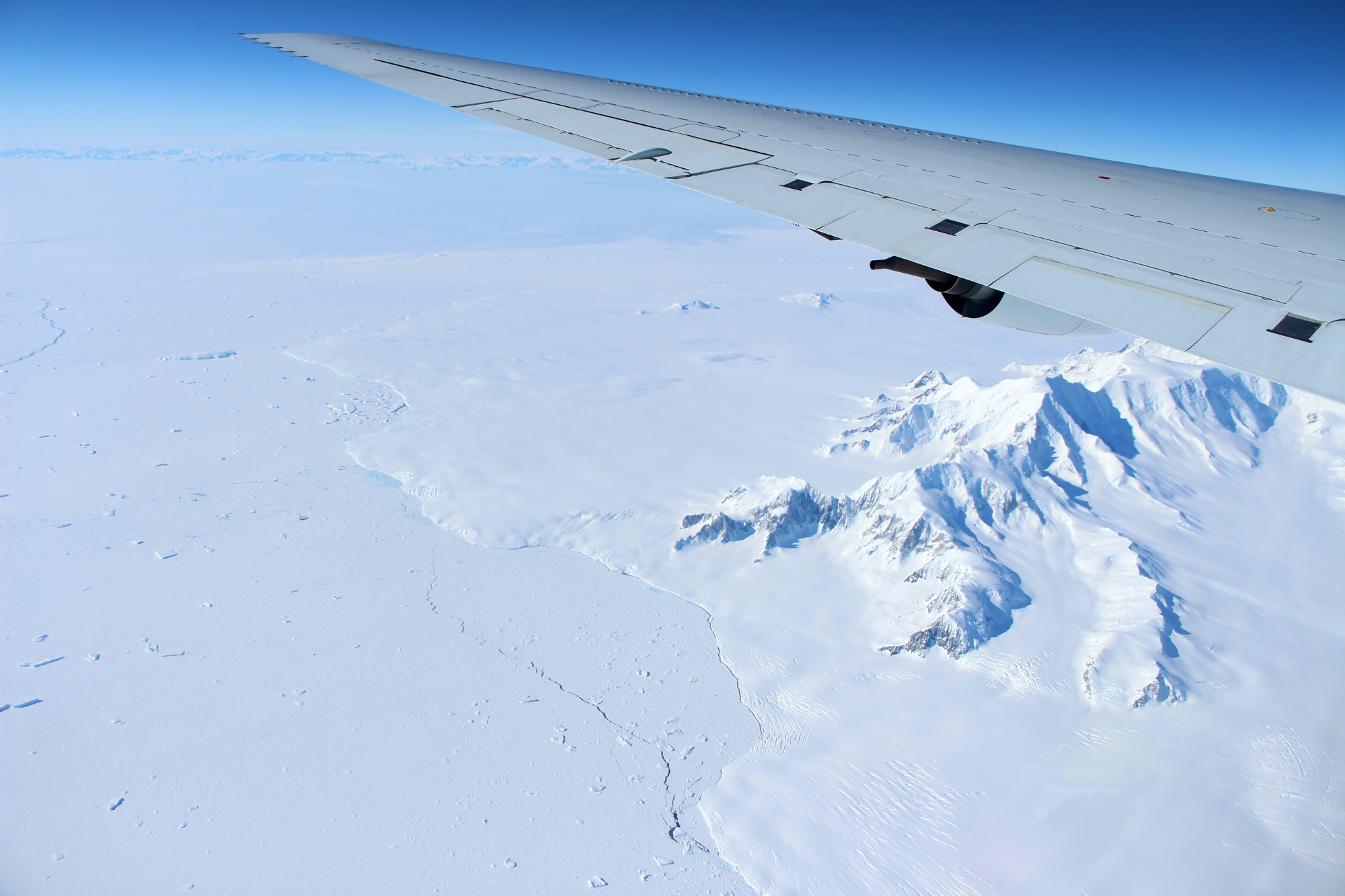 Operation IceBridge completed the first research flight of its 2016 Antarctic campaign on October 14. The campaign will continue through November 19. This year, the mission is based in Punta Arenas, a city at the southern tip of Chile. From there, IceBridge is carrying 12-hour flights back and forth to Antarctica, covering most of the western section of the frozen continent – the region that is experiencing the fastest changes and is Antarctica’s biggest contributor to sea level rise.

The information IceBridge has gathered during its eight years of flights in the Antarctic, which includes data on the thickness and shape of snow and ice, as well as the topography of the land and ocean floor beneath the ocean and the ice, has allowed scientists to determine that the West Antarctic Ice Sheet may be in irreversible decline. Researchers have also used IceBridge data to evaluate climate models of Antarctica and map the bedrock underneath Antarctic ice.