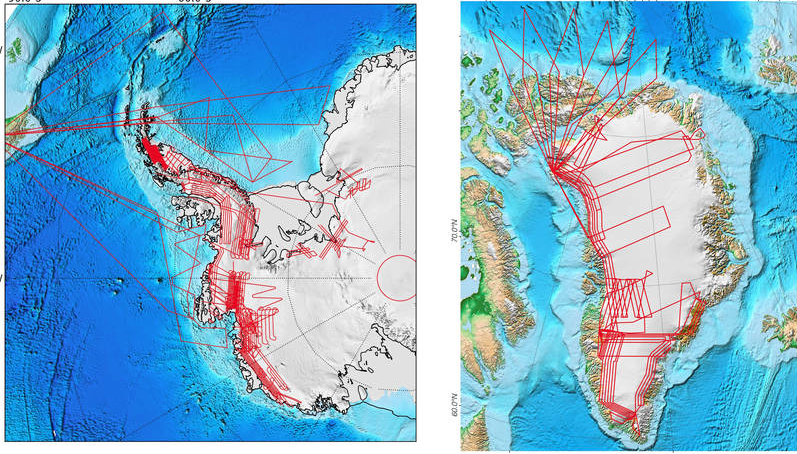 For the first time in its seven years of flights, NASA's Operation IceBridge, an airborne survey of changes in Earth’s polar ice, is conducting overlapping campaigns in Antarctica and the Arctic. Since 2009, IceBridge has studied Antarctic ice conditions each fall, but this year a new field campaign has been added to collect measurements of sea and land ice in the Arctic to provide insight into the impact of the summer melt season.

The Antarctic campaign was the first to kick off on Sept. 22, as IceBridge successfully completed its first research flight over the southernmost continent. Antarctic flights continue until Nov. 2. The first flight of the Arctic campaign was on  Sept. 23, with ongoing flights until Oct. 23.