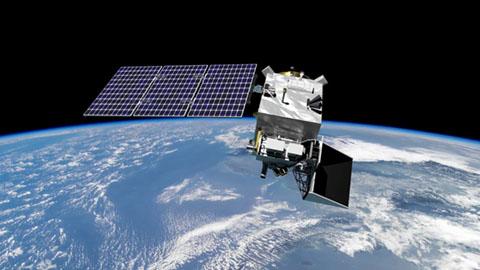 The Plankton, Aerosol, Cloud, ocean Ecosystem (PACE) mission is a recent addition to the NASA flight program manifest as recommended in the report, “Responding to the Challenge of Climate and Environmental Change:  NASA’s plan for a Climate-Centric Architecture for Earth Observations and Applications from Space”, published in June 2010.   As described in the report, the primary objective is to “make essential global ocean color measurements, essential for understanding the carbon cycle and how it both affects and is affected by climate change…”.   The report also suggested that a contributed polarimeter for aerosol and cloud research be accommodated provided a partner could be found who would provide an instrument at no expense to NASA.

In the fall of 2011, NASA selected a science definition team (SDT) via an open solicitation that is composed of ocean, aerosol, and cloud scientists.  The SDT is supported by an engineering team who is tasked with conducting instrument and mission design studies.  Four members of the Ocean Ecology Laboratory were selected for the SDT.  The SDT held three open community workshops in the fall of 2011 and spring of 2012. As of August 2012, the SDT has drafted a report for NASA Headquarters that outlines the science objectives and measurement requirements for ocean, aerosol, and cloud research.  At present, PACE is scheduled for launch in the 2019 time frame.

For further information, go to the PACE website, http://decadal.gsfc.nasa.gov/pace.html.