Ice exists in the natural environment in many forms. The figure to the right illustrates most of the Earth's ice features. At high elevations and/or high latitudes, snow that falls to the ground can gradually build up to form thick consolidated ice masses called glaciers. Glaciers flow downhill under the force of gravity and can extend into areas that are too warm to support year-round snow cover. Ice sheets, which are the largest forms of glaciers in the world, cover much of Greenland and Antarctica. Smaller ice caps are located in Iceland, Canada, Alaska, Patagonia, and mountainous, central Asia. Mountain glaciers, smaller than ice sheets or ice caps, flow from high mountain areas and are present on all continents except Australia.

Sea ice, which is produced when saline ocean water is cooled below its freezing temperature of about -2°C or 29°F, extends on a seasonal basis over great areas of the Arctic Ocean and the waters around Antarctica.

Melt water from sea ice, ice shelves, ice tongues, and icebergs does not contribute to sea level rise, because they already displace an equivalent amount of sea water. However, sea level rise is caused by the flow of glacial ice into the ocean and by surface or subsurface melt water from the glacier, if the sum of those amounts exceeds the amount of ice that accumulated from snowfall on the glacier or ice sheet. 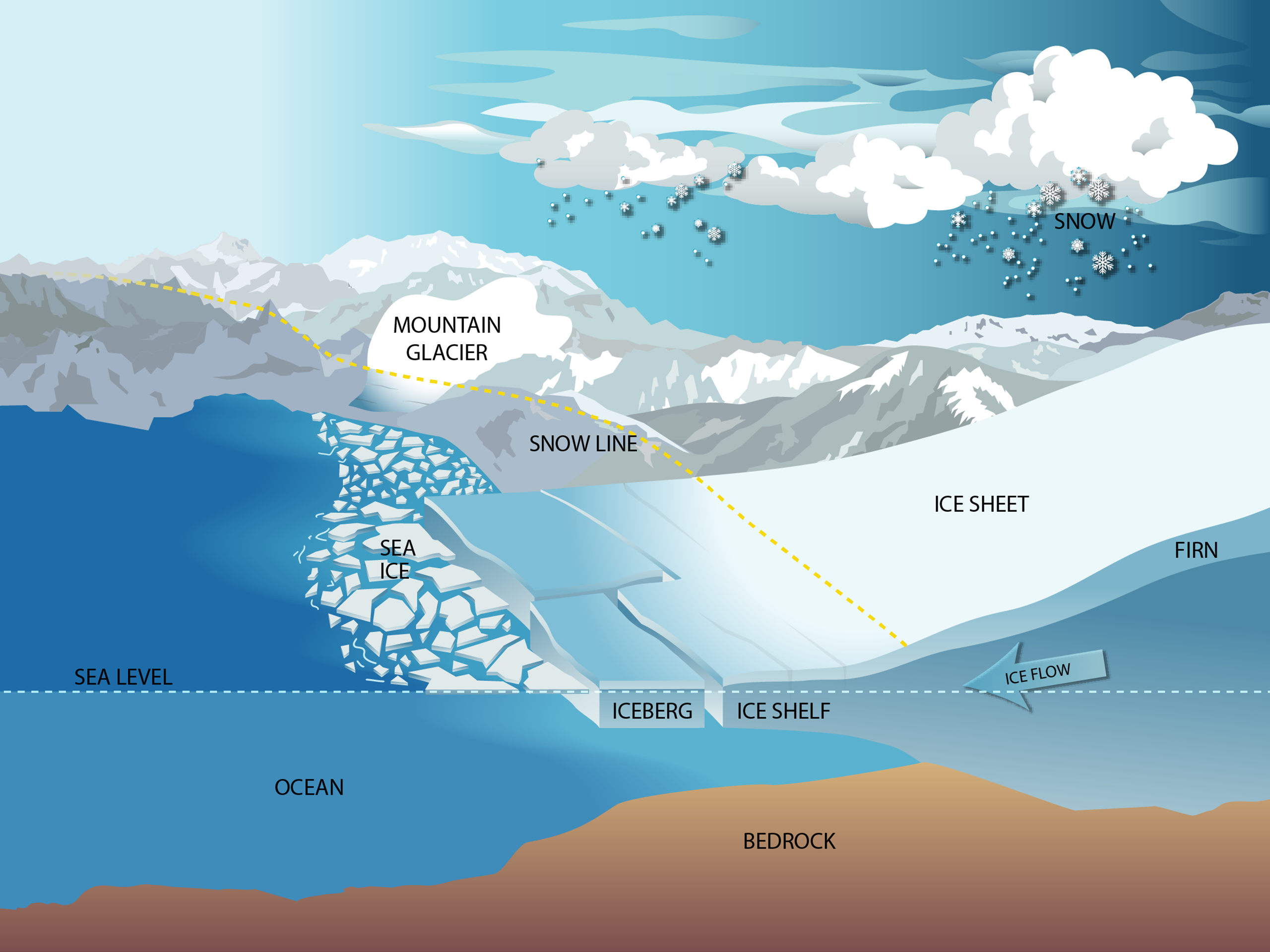