MOSAiC (Multidisciplinary drifting Observatory for the Study of Arctic Climate) is the largest year round polar expedition to the central Arctic in history. In September 2019, the German research vessel Polarstern set sail for the central Arctic and began a coordinated and highly detailed set of observations of the Arctic climate system. MOSAiC is an international effort led by the Alfred Wegener Institute (AWI), Helmholtz Centre for Polar and Marine Research and involves hundreds of researchers from 20 countries. Lab members Nathan Kurtz and Steven Fons participated in MOSAiC by helping to conduct expedition set up, scientific observations, and coordinated airborne and ground measurements for use with NASA’s ICESat-2 satellite. 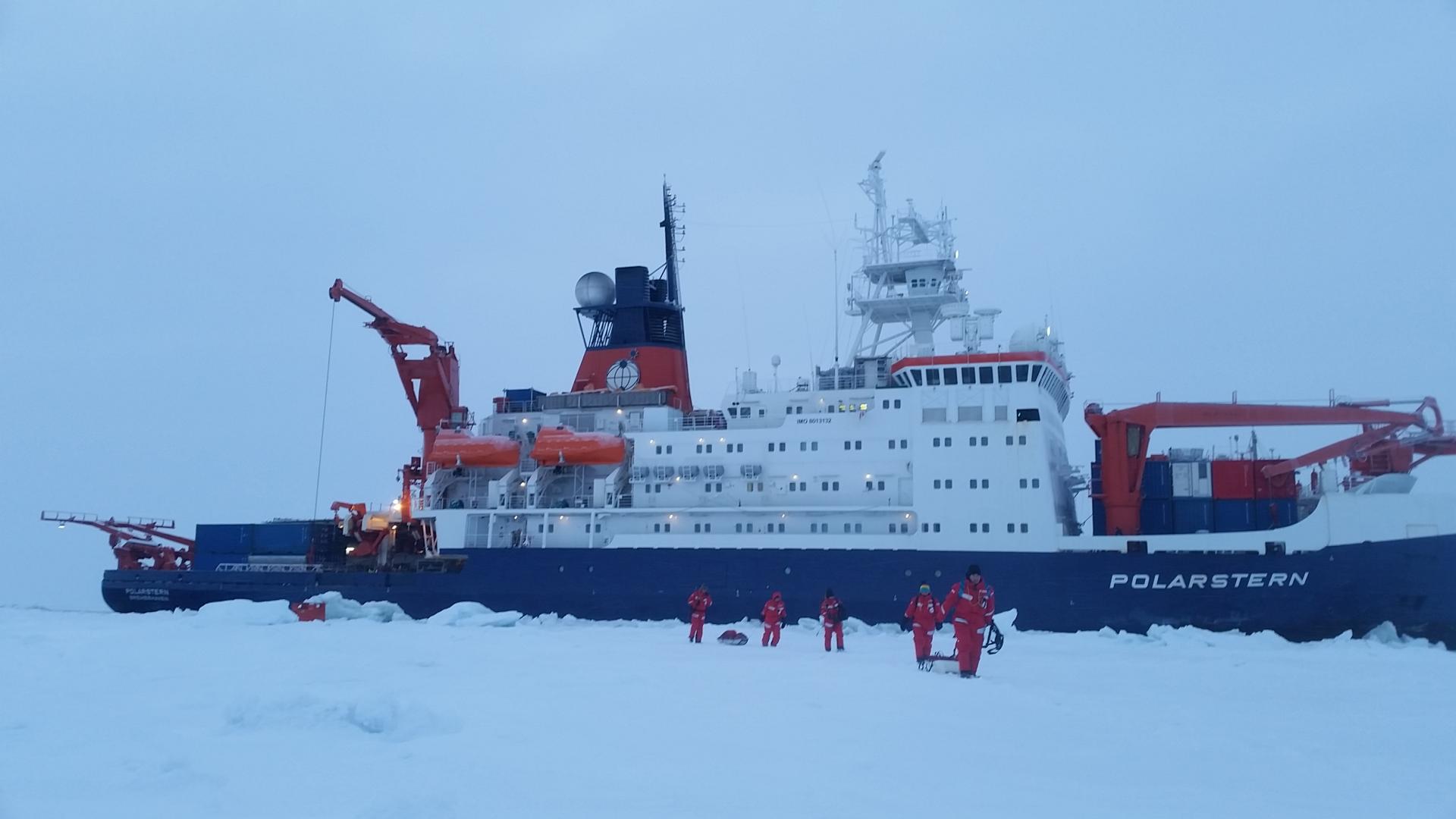 View of the AWI Polarstern from the sea ice (N. Kurtz) 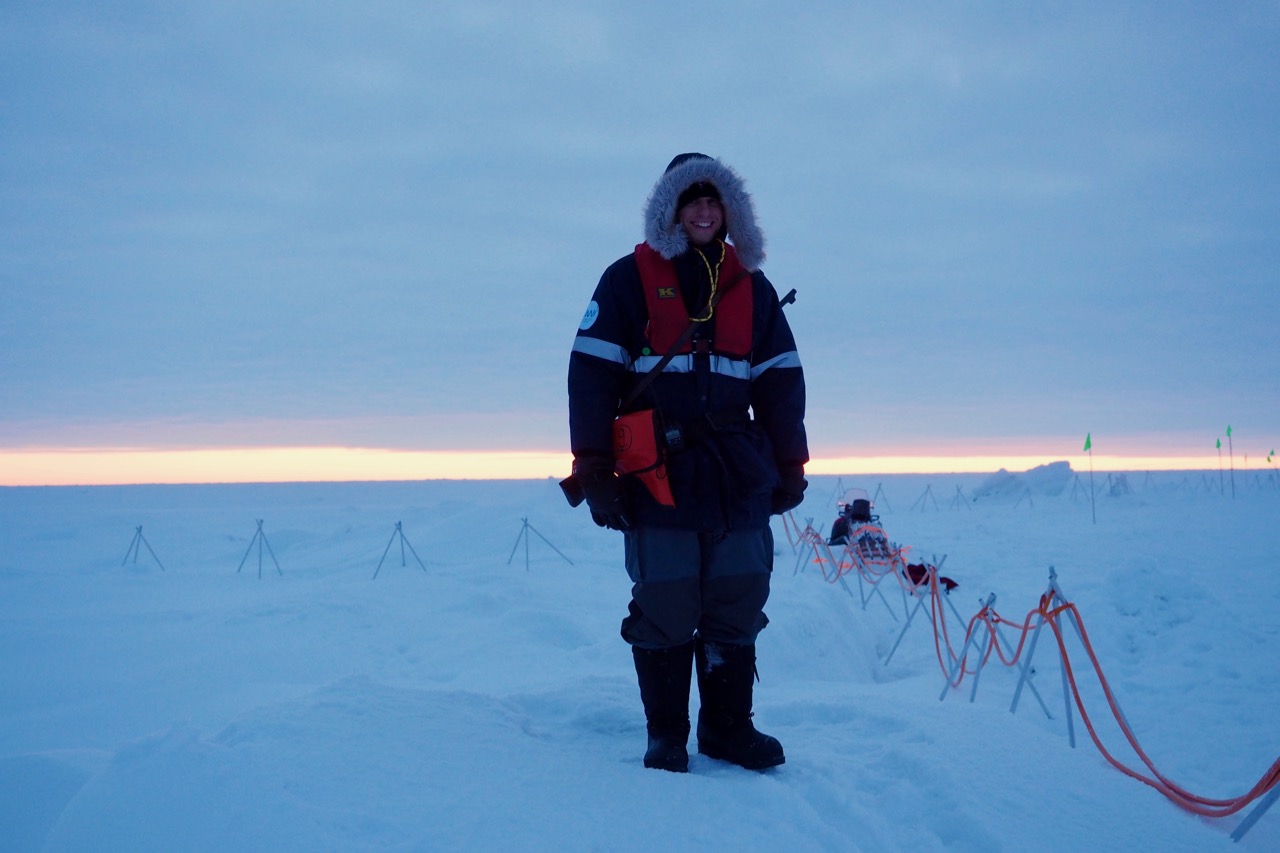