The figures on this page show Antarctic ice velocity maps produced by Eric Rignot (available from NSIDC) with the current GSFC drainage system (DS) boundaries. There is one overview map and one detail map for each drainage system.

The following description of the ice velocity maps is from the info file available with the maps.

Please also include the following data set reference, which identifies where to access these data.

For more information go to: http://nsidc.org/data/nsidc-0484.html Data were processed at the Department of Earth System Science, University of California, Irvine. Final version completed on July 8, 2011. 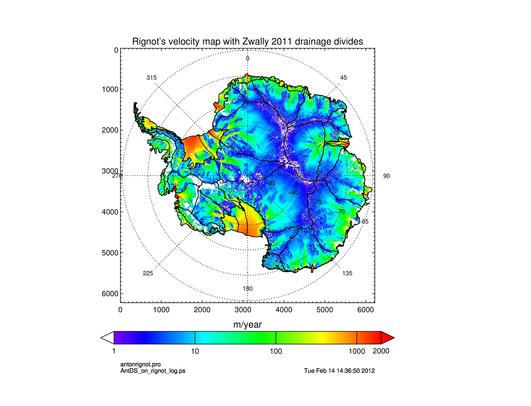