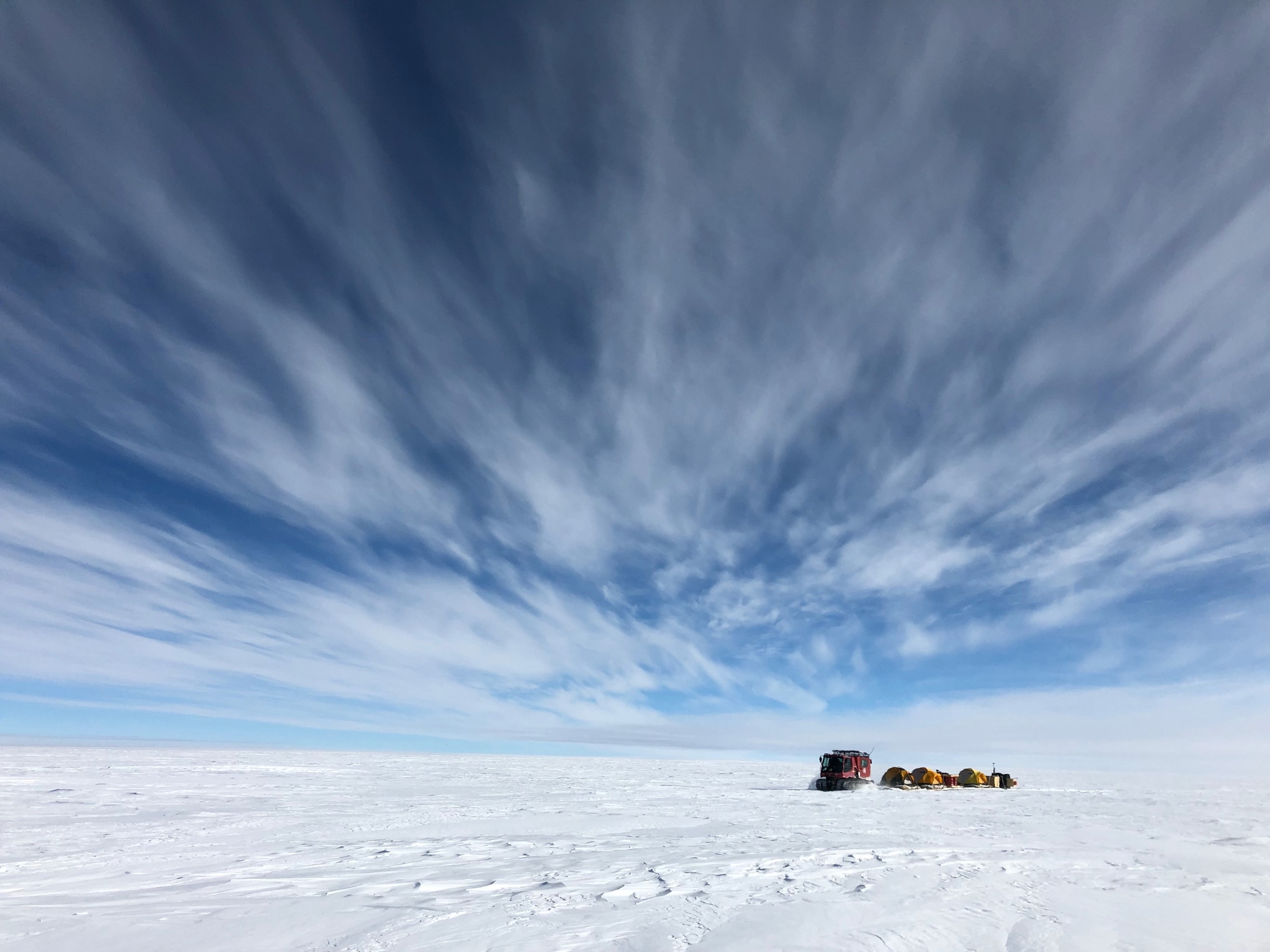 For three straight years, NASA cryospheric scientist Kelly Brunt and other members of the NASA Cryospheric Science Laboratory have endured low temperatures, biting winds, and high altitude to conduct the 88-South Traverse: A 470-mile expedition in one of the most barren and remote landscapes on Earth. This science expedition provides the best means of assessment of the accuracy of surface-height data collected from space by NASA’s latest satellite laser altimeter: the Ice, Cloud, and land Elevation Satellite-2 (ICESat-2).

With a fast-firing laser instrument, ICESat-2 measures the elevation of ice sheets with accuracy of about the width of a pencil! Repeated measurements help researchers to track how much the ice sheets change over time. Even small amounts of melt, or surface change, across areas as vast as Greenland or Antarctica can result in large amounts of meltwater contributing to sea level rise.

To verify that ICESat-2 is making accurate measurements, researchers from the NASA Cryospheric Sciences Laboratory have journeyed to Antarctica on three separate occasions to collect ground-based measurements for direct comparison with the satellite measurements. The researchers drive tracked vehicles called PistenBullys for two weeks across the frozen landscape. The researchers collect ground-based GPS data; this is the same technology that we use daily for street navigation, but the sophistication, and accuracy, is much better. The GPS data collected in Antarctica includes exact latitude, longitude, and most importantly, elevation. These data are collected along 88-degrees south, where ICESat-2’s orbits converge, and the satellite data are most dense. These ground-based data are then used to make direct comparisons with ICESat-2 elevation data.

The traverse was funded by NASA but has substantial logistical support from the National Science Foundation (NSF) Office of Polar Programs. Each field season, the crew keeps a blog, at NASA Notes from the Field!

Year 1: NASA cryospheric scientist Kelly Brunt and ICESat-2 Project Scientist Tom Neumann recall some of the highlights and challenges from the first 88-South Traverse. This traverse was the first of its kind, pulling relatively light-weight sleds with PistenBullys. Data collected on this traverse led to a publication in The Cryosphere.

Year 2: NASA cryospheric scientists Kelly Brunt and Adam Greeley discuss the second 88-South Traverse, which went fairly smoothly, in part because of the success of Year one. Data collected on this traverse led to a publication in Geophysical Research Letters.

Year 3: NASA cryospheric scientists Kelly Brunt and Thomas Overly traveled to Antarctica for the third 88-South Traverse. While the team had a very high data-collection success rate, this traverse was fraught with delays, poorer weather, laptop issues and vehicle issues. Stay tuned for the forthcoming video summarizing the traverse!