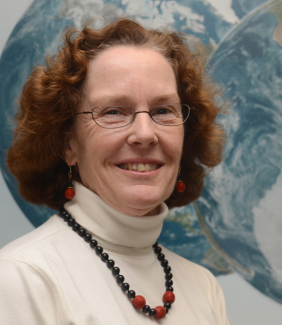 Lucy McFadden graduated from Hampshire College with a Bachelor of Arts (BA), Natural Sciences (Astronomy and Geology) in 1974, a Master of Science (MS), Earth and Planetary Sciences from Massachusetts Institute of Technology in 1977 and a PhD, Geology and Geophysics from the University of Hawaii at Manoa in 1983.

From 1992-2010, McFadden was a Research Professor at the University of Maryland, College Park, where she conducted research related to small bodies in the solar system, became a co-investigator (co-I) of NASA missions, including the Dawn mission to asteroid 4 Vesta and the dwarf planet Ceres. She was also co-I on Deep Impact and its extended mission EPOXI (Deep Impact Extended Investigation), which successfully encountered comets Tempel 1 and Hartley 2. Prior to that, McFadden was a member of the science team for the Near Earth Asteroid Rendezvous mission, which orbited the Earth-approaching asteroid named 433 Eros, and landed a spacecraft on its surface in 2001.

McFadden came to NASA Goddard to lead the center's higher education and university programs in 2010. The appointment was a natural follow-on to her work as the director of Education and Public Outreach for NASA's Deep Impact and Dawn missions and as a research professor in the Department of Astronomy at the University of Maryland, where she mentored undergraduates, graduates, and post-doctoral scientists. She is founding and past director of the Science, Discovery & the Universe Program, part of the College Park Scholars, a living-learning, interdisciplinary program within the University of Maryland's undergraduate program. She is also a founder and past vice president of Explore-It-All Science Center, a nonprofit, traveling, hands-on science program for children in grades K-12 that bridges engineering, astronomy, and robotics.

In August, 2015 she was elected as the Vice-Chair of the American Astronomical Society's Division of Planetary Sciences and served as it Chair the following year. McFadden supported development of future missions exploring our Solar System as part of her duties at Goddard Space Flight Center until she assumed emerita status in January, 2017.

Since then she has continued analysis of data from Ceres related to its surface composition, reviews manuscripts and recently served on a National Academy of Science committee that issued a 2019 report entitled, “Finding Hazardous Asteroids Using Infrared and Visible Wavelength Telescopes.”