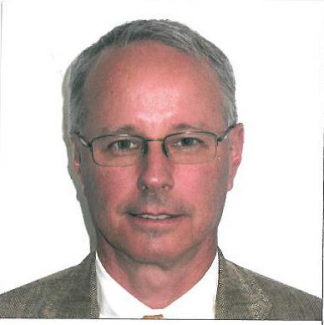 Dr. David W. Miller began his term as the NASA chief technologist on March 17, 2014. He serves as the agency’s principal advisor and advocate on NASA technology policy and programs.

NASA's Office of the Chief Technologist coordinates, tracks and integrates technology investments across the agency and works to infuse innovative discoveries into future missions. The chief technologist leads NASA technology transfer and technology commercialization efforts, facilitating internal creativity and innovation, and works directly with other government agencies, the commercial aerospace community and academia.

Miller serves as chief technologist through an intergovernmental personnel agreement with the Massachusetts Institute of Technology, where he is the Jerome C. Hunsaker Professor in the Department of Aeronautics and Astronautics and was the Director of the Space Systems Laboratory.

Miller has a strong NASA connection, having worked with a broad range of NASA programs including the space shuttle, the International Space Station, the JWST Product Integrity Team, and the NASA CubeSat Launch Initiative. Most recently, he was the Principal Investigator for the Regolith X-ray Imaging Spectrometer for the OSIRIS-REx asteroid sample return mission, and a NASA Institute of Advanced Concepts fellow. He also recently served as the Vice Chair of the Air Force Scientific Advisory Board.

He was the principal investigator for the Synchronized Position, Hold, Engage and Reorient Experimental Satellites, or SPHERES, project on the International Space Station. SPHERES are bowling-ball-sized free-flying satellites that have been tested for various capabilities on the ISS since 2006. Miller was also the co-principal investigator for the Middeck Active Control Experiment, which was flown on STS-67 and again on the International Space Station.

Miller developed a unique, multi-semester, hands-on class at M.I.T. that immerses undergraduates in the end-to-end lifecycle process of developing and operating aerospace vehicles, some of which evolved into ISS laboratories. He has extended this educational model to the graduate level to provide Air Force officers with hands-on satellite development experience with five satellite systems currently under development.

Miller earned his undergraduate and graduate degrees from MIT, and has been part of the faculty there since 1997.