The Distributed Biological Observatory (DBO) consists of eight areas (see map below) in a ‘change detection array’ beginning in the northern Bering Sea and ending in the Barrow Arc just west of the Canadian Archipelago. These sites were chosen because they are areas of high productivity, biodiversity and areas of high rates of biological change, especially as the sea ice retreats and thins in the Pacific Sector of the Arctic Ocean. The sites are located in areas dominated by first-year sea ice, which is sea ice from the winter months that does not survive the summer and completely melts away. This contrasts with multi-year ice, which survives the summer melt and does not completely melt out. First-year ice tends to be thinner than multi-year ice, and in recent years with a decrease in overall sea ice areal coverage and thickness, first-year ice is becoming more predominant in the Arctic Ocean.

NASA's Cryospheric Sciences Lab in support of the NOAA Arctic Research Program Distributed Biological Observatory (DBO), which is a multi-agency program in the Arctic, provides color images of daily and weekly satellite and reanalysis data projected onto a 12.5 km Polar Stereographic grid. This site provides time series animations and multi-day averages of key variables using the most current data available. Each image includes the eight DBO areas outlined in black. Time series for each of the averages and anomalies of these variables are also included for each of the eight DBO areas. Current and historical data used toward the creation of these graphics is provided for the most recent year. If the user requires data not available for download, or has any additional questions, please contact Dr. Linette Boisvert.

This site is the result of work by Dr. Joey Comiso and Larry Stock, with funding and additional effort by the Ocean Biology and Biogeochemistry Program (OBB) and the Cryospheric Sciences Program at NASA; please site Dr. Comiso and Mr. Stock when using data from this site.

These maps are produced with data from:

This site visualizes the most recent data for the following and are compiled and produced by Larry Stock:

Written analysis for each figure may refer to the following Arctic Regions: 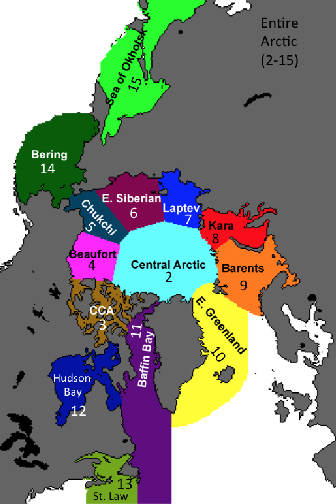 Figure 2. An animation which demonstrates the latest satellite data given for chlorophyll pigment concentration (mg/m3) from Aqua MODIS. Each image is a seven-day average of the available data at the time the image was created. The most recent seven-day average is given in Figure 4.

Current Analysis for April 26 - May 2, 2022 (updated May 5th)
Chlorophyll data is not available over the sea ice cover, hence why the majority of the Arctic Ocean and the DBO sites do not have data at this time of year. However, as the sea ice begins to melt and break up slightly at the end of April and beginning of May, there is some chlorophyll data available in DBO site 1 and 8. A high concentration of chlorophyll is present in DBO site 1. There is also a large chlorophyll bloom just off the sea ice pack in Baffin Bay and SW of SW Greenland. Chlorophyll concentrations are similar in the northern Pacific and Atlantic Oceans. Elevated chlorophyll concentrations are present just off the coasts of Alaska and Scandinavia.

Current Analysis for March 25 - 31, 2022 (updated April 8th)
SST data is only available where there is no sea ice coverage, hence why the majority of the Arctic Ocean does not have data at this time of year and why there are no available data for the DBO sites. Within the next few weeks, the sea ice will begin to melt and some of the DBO sites will have SST values again. However, SSTs tend to be the coldest around the freezing point of seawater, often found near the sea ice edge. SSTs gradually warm towards lower latitudes. SSTs in the Barents Sea have increased to around 4-5 °C. SSTs in the Bering Sea are around 1-2 oC.

SST data is generally only available in the DBO Box sites during the summer months when there is minimal sea ice coverage and SSTs generally increase throughout the height of the summer as the ocean gains heat from solar radiation. In the fall, heat is lost to the atmosphere, which allows for sea ice to form. For DBO sites 4 - 8, the highest SST anomalies occur during the years of lowest September sea ice extent (2012 and 2007). This same phenomena is not seen in sites 1 - 3, as they tend to be sea ice free for longer portions of the year and are more prone to northern Pacific Ocean currents. All sites show increasing or warming trends in the SSTs between 0.2 - 0.4 °C per decade, except for site 8 which has no trend.

Figure 6. This image is a map showing the sea ice concentration (SIC) (%) for the most recent seven-day period. The lightest-shade of blue is where sea ice is the densest.

Following the 9th lowest sea ice March maximum extent on record, which began in 1979, the sea ice extent and concentration have begun to decline. The sea ice extent is currently lower than the 2012 (minimum September sea ice on record) and well below the 1981-2010 average extent. Lower sea ice concentrations are present in: the North Water Polynya in Baffin Bay, between the islands of Svalbard and Franz Josef Land in the Kara and Barents seas, and just off the north coast of Alaska in Chukchi and Beaufort seas, and also in the Bering Sea. Sea ice extents are much lower in the Sea of Okstosh, Bering Sea and Barents Sea compared to the 1981-2010 average extent. A consolidated ice pack is present over the majority of the Central Arctic Ocean.

Cloud fraction, similar to sea ice concentration, represents the percentage of each pixel that is covered by clouds, with a cloud fraction of 100% meaning that the entire pixel is covered with clouds.

The cloud fraction shows high cloud amounts (red and yellow) in the Barents Sea and North Atlantic regions of the Arctic as well as in the large areas of the Bering Sea and also DBO sites 1 and 2. Moderate cloud cover (green) dominates over Baffin Bay, Greenland, Kara Sea, and DBO sites 3 - 7. Very low clouds and almost clear conditions (dark blue and purple) are present in the Lincoln Sea (north of Greenland), the Canadian Archipelago, and the North Coast of Alaska, and DBO site 8. Little pockets of higher cloud amounts are located in the Laptev and E. Siberian seas.

Figure 8. This image shows the daily surface level pressure (mb), in conjunction with the wind vectors for the Arctic (m/s) overlaid. Both sets of data are derived from NCEP Reanalysis Daily Averages.

Current Analysis for May 1, 2022 daily average (updated May 5th)
For May 1, 2022: There is cyclonic flow associated with low pressure systems, two smaller ones in the Kara and Laptev seas, and two deeper systems in the North Atlantic and just off the southern coast of Alaska. There is anticyclonic flow associated with high pressure over NW Greenland, which is causing winds to flow from the ice sheet to the sea ice in E. Greenland and Lincoln seas. This flow is likely causing the low cloud fraction amounts in this area and also sea ice drift out through the Fram Strait. Pressure is neutral over the DBO sites, but stronger winds blowing out from the Bering Stait are present over DBO sites 1-3.

Current Analysis for April 22 - 30, 2022 (updated May 5th)
Sea Surface Salinity data, similar to Sea Surface Temperature data, is not available where there is a sea ice cover, and thus is not available over the DBO sites this time of the year. However, a closer look at the areas of ocean that are ice-free shows the salinity in the North Atlantic much higher than compared to the North Pacific, with salinity tending to increase with decreasing latitude. This is more pronounced in the northern Pacific Ocean than Atlantic, which remains fairly constant below 70 °N. The lowest salinity is seen near the sea ice edge, which is likely attributed to melting sea ice freshening the ocean surface. There is a pocket of elevated SSS just SE of Greenland.

SSS at the DBO sites tends to follow an annual cycle, where SSS is highest in the Spring, decreasing throughout the summer with melting sea ice freshening the ocean surface, then increasing in the fall as sea ice begins to reform. Trends in the SSS are not consistent across the DBO sites, with sites 1, 2 & 4 - 7 showing increasing trends, and sites 3 and 8 decreasing. Trends should be taken with caution due to the relatively short data record of only seven years.

Figure 10. This image shows the 21-day SSHA from the orbital GPS-based Operational Geophysical Data Record (GPS-OGDR-SSHA) for OSTM/Jason-3, generated by the Orbiter and Radio Metric Systems group at JPL. The image represents a three-week average of the orbits for the dates that are shown at the top right of the image. The traces are enlarged for visibility.

Current Analysis for March 17 - April 7, 2022 (updated April 8th)
SSHA data are only available up to 65 °N latitude due to the inclination of the orbit of the Jason-3 satellite, as such only data for DBO site 1 are available. There is still sea ice present in the DBO site 1 region, however there are a few measurements of anomalies around 1cm. SSHA anomalies are near neutral surrounding Iceland in the North Atlantic, but south of Greenland they are anomalously low. Higher SSH are present south of 50 oN in the North Pacific.

For DBO site 1, SSHA tend to follow an annual cycle where the highest SSHA generally occur in the winter months, and lower SSHA during the summer. This could be due to low-pressure cyclone activity, which would reduce the surface pressure and allow for SSHA to increase, and are generally more prevalent during the winter months. The SSHA in DBO site 1 are increasing, however the record is only six years long and should be taken with caution.